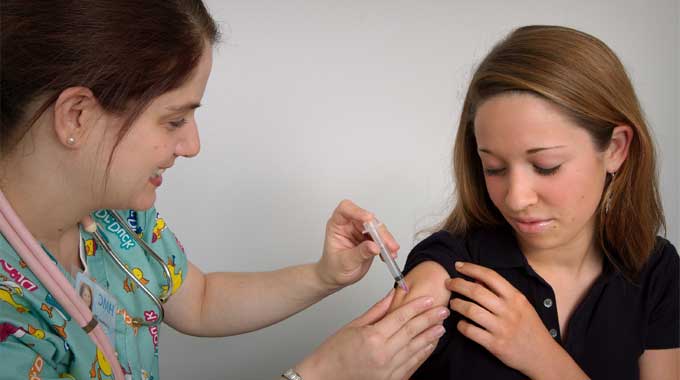 Every year, between 250,000 and 1 million women in the United States are diagnosed with cervical dysplasia. While it can occur at any age, the peak incidence is in women between the ages of 25 to 35. Most dysplasia cases can be cured with proper treatment and follow-up. Without treatment, 30% to 50% may progress to invasive cancer.

Cervical dysplasia is a term used to describe the appearance of abnormal cells on the surface of the cervix, the lowest part of the uterus. These changes in cervical tissue are classified as mild, moderate, or severe. While dysplasia itself does not cause health problems, it is considered to be a precancerous condition. Left untreated, dysplasia sometimes progresses to an early form of cancer known as cervical carcinoma in situ, and eventually to invasive cervical cancer.

Mild dysplasia is the most common form, and up to 70% of these cases regress on their own (i.e., the cervical tissue returns to normal without treatment).

Moderate and severe dysplasia are less likely to self-resolve and have a higher rate of progression to cancer. The greater the abnormality, the higher the risk for developing cervical cancer.

Cervical dysplasia does not cause symptoms; therefore, regular screening and early diagnosis are important. Detecting and treating dysplasia early is essential to prevent cancer. For this reason, most physicians quickly remove suspicious cervical lesions and require frequent Pap smears to monitor for recurrences.

Eighty to ninety percent of women with cervical dysplasia have an HPV infection. Human papillomavirus (HPV) is a group of more than 80 different viral strains. About one-third are sexually transmitted, and some types cause genital warts. HPV infects about 25 million people in the United States, and most of the viral strains are harmless.

However, the NIH Consensus Conference on Cancer of the Cervix and the World Health Organization (WHO) have concluded that several strains of HPV cause cervical cancer. The strains found most frequently in precancerous lesions and in cervical cancer are types 16 and 18. Other strains with high malignant potential include 31, 33, 35, 39, 45, 51, 52, 56, 58, and 68, and together, they account for almost 90% of cancerous lesions and dysplasia in HPV infections.

Most HPV infections resolve within 6 months and many women develop immunity. HPV often does not cause symptoms. One study found that nearly one-half of the women infected with HPV had no symptoms and a person may not even know that they are infected. Untreated HPV can result in recurrent and persistent cervical dysplasia and many experts believe that HPV is the main cause for changes in cervical cells that result in dysplasia.

Uterine fibroids* are benign (non-cancerous) tumors occurring in at least one quarter of all women.…

Endometriosis is a disease that affects your reproductive organs and monthly menstrual cycle. It can…

This site uses Akismet to reduce spam. Learn how your comment data is processed.